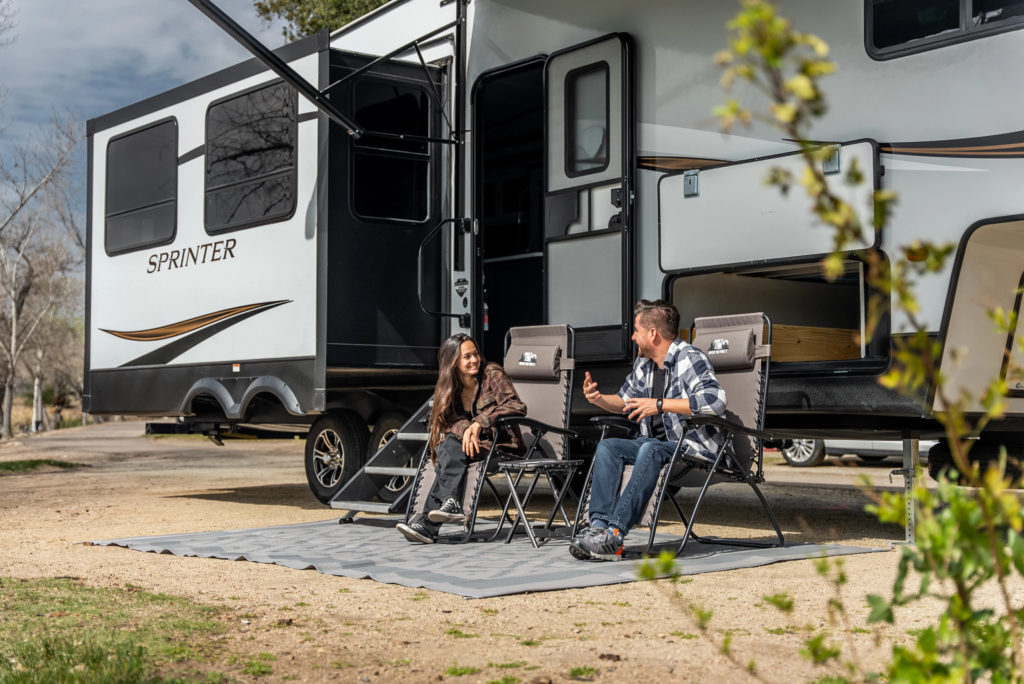 When people think of California, they often think of the famous coastal cities and beaches—Los Angeles, San Diego, Santa Monica, sunshine, and movie stars—but Southern California is about so much more than beaches and cities. In fact, there are a lot of unsung destinations in SoCal you shouldn’t overlook.

Head inland and you’ll find some of the most amazing desert parks, resorts, and rural communities. These places are unique and starkly different from the coastal ideal that a lot of people have of California. Southern California has plenty of mountains, too. This area of the country is not unlike the Southwest, yet still maintains its own unique feel.

When you travel through Southern California, spend time on the coast by all means. Enjoy the beaches, waves, and sun. But, you’d be missing out if you spent all your time there. Get in your RV and take a road trip inland. The Golden State has so much land to explore.

Camping in Southern California—whether you’re on the coast or further inland—is best done at certain times of the year. It can get quite hot, and if you’re not prepared for it, the high temperatures can lead to a less-than-desirable trip. Plan ahead, bring plenty of water, and be ready for some fun in the sun.

While we highly encourage you to hit the many beaches and cities along the coast, these places may be crowded because they are tourist hot spots. So, we’ve also included a few out-of-the-way places you can visit, more inland, that will provide you with plenty of opportunities to explore.

Between Los Angeles and San Diego, you’ll find San Clemente—and just three miles outside of that is San Onofre State Beach. This place offers 3,000 acres of land to explore. It’s actually one of the top five most popular beaches in California.

A surfing hotbed, this place is frequented by both locals and tourists alike. There are migrating whales off-shore at the right time of year, and the whole area emits a mellow vibe much like its lazy waves, perfect for longboarding. You can enjoy some fun in the sun and some sand in your toes, then go north or south to LA or San Diego. If you want to visit these cities, but have no interest in staying in either, then this beach is a great place to stay. It’s also a must-visit stop if you’re driving the California coast and will need a stopover between LA and San Diego.

There’s a campground right at the beach, though it is primitive camping only. You’ll be able to boondock, and there is an RV dump station for your convenience (Note: RVs must be under 25 feet to stay at the beach’s campground). There are also campgrounds in the area, so if you don’t want to do the primitive camping thing, you can reserve a site at one of the parks below.

Joshua Tree National Park is a mash-up of two distinct desert environments. The park is situated right where these ecosystems meet. The Mojave and California’s Colorado Desert come together at this unique location, providing California travelers one of the most surreal experiences of any national park.

The park earned its name from the Joshua trees—also known as Yucca brevifolia—which are native to the Mojave Desert. It was declared a national monument in the 1930s and became a national park in the 1990s when the California Desert Protection Act was passed. In total, you’ll find 790,636 acres of land here to explore. For context, that’s slightly larger than the state of Rhode Island—so there’s plenty of room to roam.

It’s a good thing there’s so much space here because nearly 3 million people visit the park every year. Visitors spend time hiking, taking photos, rock climbing, camping, and more. The busy season of the park runs from October through May. It gets extremely hot in the summer, so it’s less common for visitors to come during the hotter months of the year, though people certainly do.

There are over 500 campsites in the park, but they do tend to fill up, so you should make a reservation if possible. There are also numerous campgrounds outside of the park for you to use if the campgrounds in the park are all taken. Camping is common, and one of the best ways by far to see the area. Your RV is welcome at the campgrounds, though you may have to boondock, so come prepared.

A place called Death Valley might not sound like the ideal vacation, but it is actually one of the national parks you absolutely have to see. It straddles the California and Nevada border and is one of the hottest places in all of North America. In fact, it’s the hottest, driest, and lowest national park of them all. It sits below sea level.

While this desert landscape may seem inhospitable, it’s actually a pleasure to visit Death Valley. In the winter, the peaks are capped with snow, and when it does rain desert flowers blossom in what’s called a Super bloom. This spring occurrence is one of the most impressive sights you’ll find in all of Southern California. While you’ll likely want to avoid this park in the hottest months of the year, come in the spring and fall and you’ll find a beautiful place that provides an unforgettable experience.

There are over 700 campsites spread out across different campgrounds inside of Death Valley. Not all of them offer hookups, and not all of them are suitable for RVs. However, many of them do have at least some kind of hookup and many are suitable for RV use, especially if you’re boondocking. Make sure to make a reservation at the campgrounds that allow it. There are also plenty of other campgrounds outside of the park that can accommodate RVs and provide many more features and amenities.

Palm Springs is a city, not a park or a recreation area, but there’s so much to do in this unique community. It’s home to many museums, art galleries, shops, and restaurants. Palm Springs welcomes visitors, so you’ll find plenty of tours to book, tons of hiking trails, and all sorts of attractions and day trips. Staying in a campground or RV park in the area gives you access to everything while having a comfy home base.

Also, Santa Rosa and San Jacinto Mountains National Monument is just outside of the city limits. Palm Springs is right smack in the middle of several other interesting places to visit. For example, Joshua Tree National Park is just a short drive to the east of the city, and you can essentially use Palm Springs as your big-city base camp for excursions out into the desert.

Camping in the area is much like camping at Joshua Tree or Death Valley. You need to be conscious of the heat and pay attention to the features and amenities available at the campground you’re choosing to stay. Of which, there are several. Some will be more resort-style and others will be a little more primitive, but one thing’s for sure—there is not a shortage of RV campgrounds in and around Palm Springs.

In the 1990s, Congress designated 25,895 acres as the North Algodones Dunes Wilderness Area. These acres are a large field of sand dunes in the Sonoran Desert. There are two distinct areas within this wilderness area. The first is on the east side and consists of smaller secondary dunes, and the second is on the west side, which consists of large and tall dunes.

While not as famous as many of the other national and state parks in the region, the North Algodones Dunes Wilderness Area is worth seeing. The vast expanse of dunes is visible from space, and it’s an area that’s not easy to forget. There’s plenty of hiking to be done, and the photo opportunities are endless. You’ll also find wildlife (mostly insects) and plant life here that are both interesting and worth taking the time to observe.

There are several campgrounds in the area just south of North Algodones Dunes Wilderness Area. There are also several RV parks to the west, near the city of Brawley, California. If you go northwest from the wilderness area, you’ll find Salton Sea, which is a shallow lake worth seeing, too, even if it’s only for a quick drive-by.

To the west of the Salton Sea and North Algodones Dunes Wilderness Area is Anza-Borrego Desert State Park. This park is comprised of some of the most rugged landscape in the state of California, created by erosion. It’s a stunning place to see and is the largest state park in all of California. It covers 600,000 acres, so there’s plenty of room for you to roam.

Flash floods, seismic action, and erosion all continue to craft this park into a new image of itself. Much of the park is only accessible via four-wheel-drive vehicles and on foot. You’ll feel more and more secluded the deeper your drive into this park. A Jeep tour of the area is highly recommended.

Just outside of the state park is the town of Borrego Springs. This community is full of artists and avid lovers of the area, and you’ll find many creations alongside the roads, including artist Ricardo Breceda’s 130 enormous metal sculptures. This area was also recognized by the International Dark Sky Community as one of the places least impacted by light pollution, which is a serious problem in cities around the world.

As you can probably guess, Anza-Borrego Desert State Park is one of the most interesting destinations you can visit in all of California, and that’s saying something. It’s best seen on a trip in an RV, and there are plenty of campgrounds and RV parks nearby for you to choose from.

What are your favorite lesser-known Southern California attractions?

Santa Claus is Coming to Camp 3629