What do you do when you live what appears to be the American Dream but still feel like life has more to offer? How do you know you’re going to find what you seek if you set off on an unsure path?

Paul and Lorena Charron found answers to these questions by leaving behind their seemingly comfortable lifestyle in a nice neighborhood on the south end of Las Vegas, Nevada. They set off in their RV in December of 2016 in pursuit of new adventures and a new life. 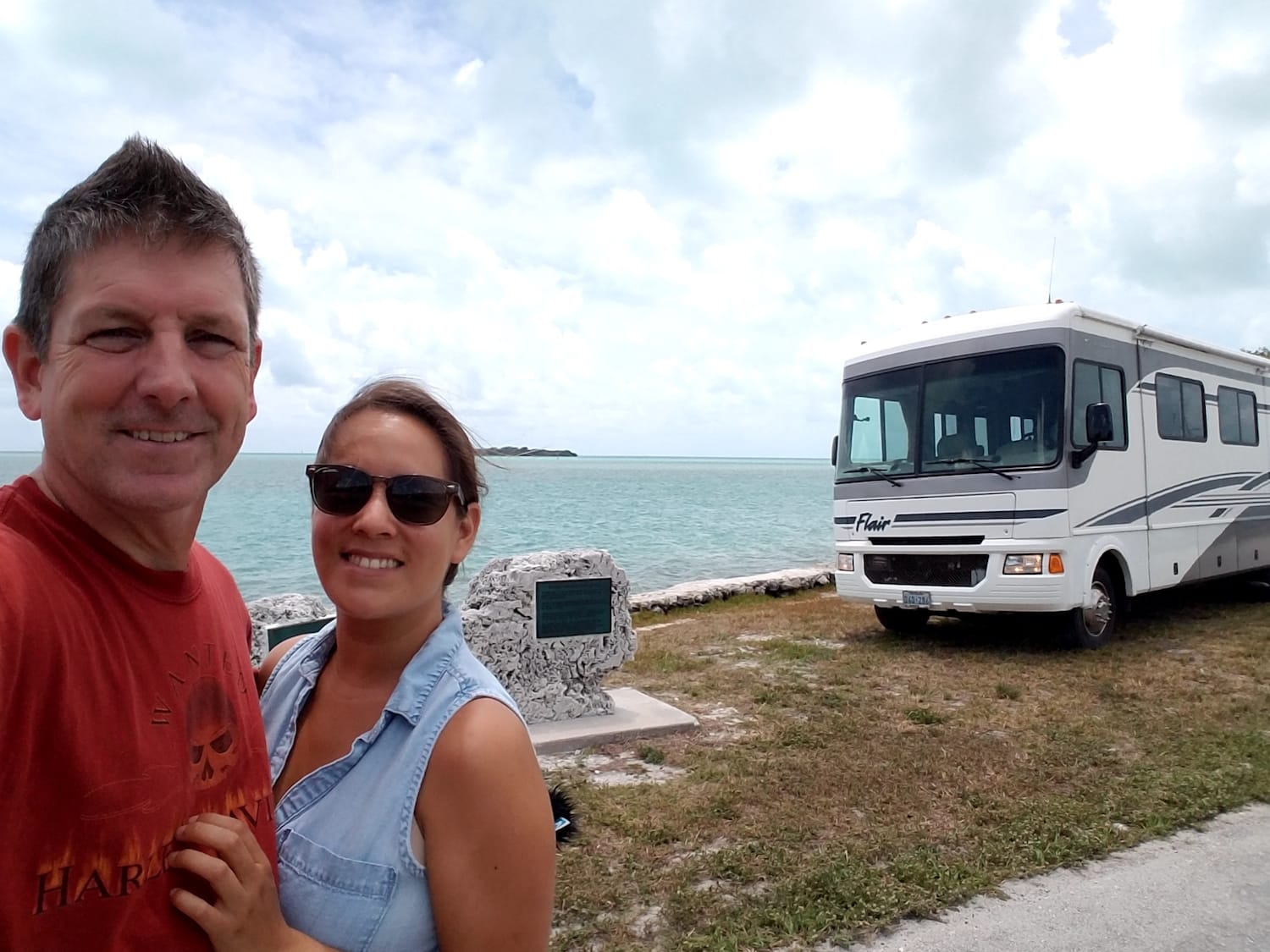 There’s no simple solution to a complex problem. As business owners, Paul and Lorena know this. They work together to run a successful car detailing business located in Las Vegas.

With the business in a good place and their aspirations for a new chapter in life, they started weighing their options.

“We were bored with the status quo and wondered what to do next,” Paul said.

He started looking into living life on a sailboat and traveling the world, but Lorena wasn’t too enthused with that option.

“She didn’t want to drown in the middle of the ocean with me,” Paul said chuckling.

He and Lorena were nice enough to spend a half hour or so with me on the phone to chat about their journey.  With his first idea floundering, Paul went back to the drawing board.

He and Lorena both always loved to travel. They tried to disappear to far-away locations as often as possible to disconnect and recharge before coming back to their life in Las Vegas. Having traveled abroad some, they both realized that they hadn’t seen much of the U.S.

Their new goal was to see the areas of the country they’d overlooked. That’s when Paul got the idea for the RV. Lorena was hesitant at first.

“Everyone has a picture of retirees, or they picture Cousin Eddie from Christmas Vacation, and that’s just not the case,” Paul said.

Paul and Lorena bought an RV and tried out a few test trips. Within the first or second trip, Lorena was completely onboard.

“It’s like having a tiny apartment,” She said. “You have your kitchen and your bedroom, and I realized this will not be a hard lifestyle. You have everything you need.”

Lorena said the worst that could happen was that she and Paul would go back to the life they’d been living.

“Once I realized that we could make a serious lifestyle change, and I was okay with that, I told him, ‘Let’s go for it.’”

From there, the couple sold everything. The only things they kept fit either in their RV or in a five by five storage space and most of that is necessary files and paperwork for their business. 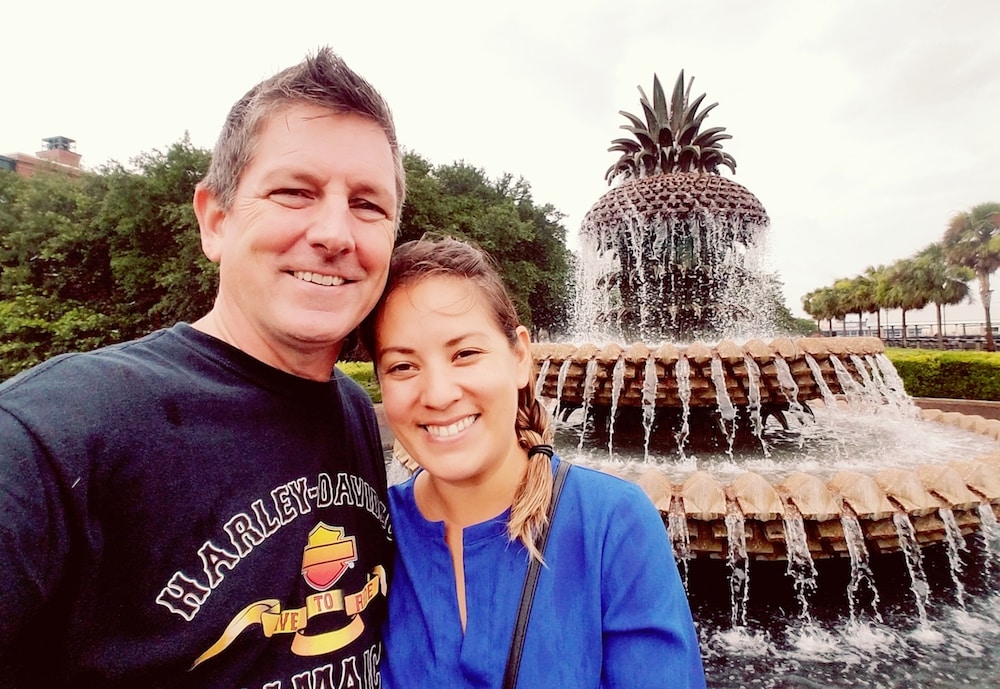 While Paul and Lorena were on the same page and excited about the opportunity to travel the country and pursue new experiences, other people in their life weren’t so enthusiastic.

“All our friends thought we were nuts,” said Paul. “They were like, ‘What is wrong with you? Why would you want to go from your 1,800 square foot home to a 240 square foot box on wheels?’ They just didn’t get it.”

Paul and Lorena chalk this up to the fact that their friends were still trying to make the typical lifestyle work.

“They didn’t understand we were trying to get out of the grind and have more fun in our lives,” Lorena said.

That didn’t last forever. As Paul and Lorena moved around the U.S. and shared their travels, their friends came around. Some even bought RVs of their own.

“We have a friend who is in the process of selling everything and full-timing right now,” Paul said.

When it comes to the financial side of things, Paul and Lorena still have business responsibilities. When they first started out, they found an employee willing to take on the day-to-day business operations. Then they slowly weaned themselves off working the typical workday.

They still take care of various managerial tasks, but they can do that from the road. Every once in a while, Paul and Lorena will make the trip back to Vegas to fix any problems that arise and ensure the business is running smoothly.

In addition to their business and their travels, the couple also has a popular YouTube channel called The Motorhome Experiment. Paul just started recording their move out of their house and into their RV. He posted it to YouTube.

“All the sudden it just started to gain popularity, and I got hooked,” Paul said. “I really like it. I like the vlogging aspect of it. We really enjoy meeting people through it on the road.” 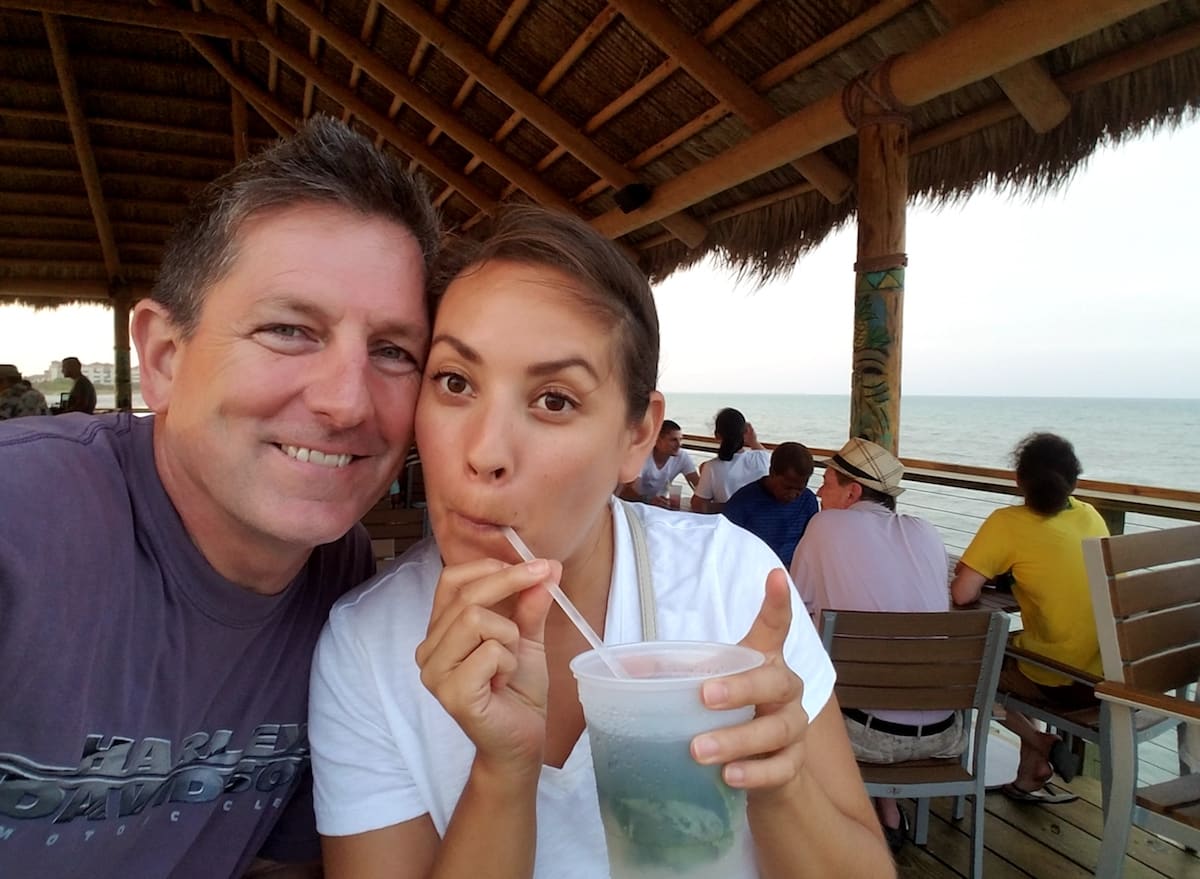 Lorena said that meeting people who’d seen the videos changed things for her and Paul. They started having friends on the road that they saw in different areas of the country. Paul said the RV world is smaller than they originally thought, and they’ve seen many of the same people during their travels.

As far as their travel plans go, Paul and Lorena don’t like to get too tied down to a specific schedule.

“We’re horrible planners,” Paul said. “We’re in Las Vegas right now, but that’s just for the business, and then we want to go down to Cabo San Lucas for the winter, but no specifics.”

Paul and Lorena found light planning is what works best for them. When they first started out, they had a vague plan to get Key West, Florida. They took their time and eventually ended up there. While there, they met some viewers of their channel, a couple, and started talking about going to Nova Scotia, Canada. Paul, Lorena, and the other couple decided that sounded like a fun idea, so off they went up the East Coast. They’ve built a strong friendship with them.

After traveling around eastern Canada, they started talking about crossing an Alaskan RV trip off their bucket list, so they headed that way in early 2018. They started their trek north in San Diego and tried to stay as close to the Pacific Coast Highway as possible along the way.

Paul and Lorena say that going with only a rough plan works best for them because they like the flexibility. They like being able to spend an extra week somewhere or deciding to leave somewhere sooner than they originally thought they would want to.

They’ll both tell you that there have been times when their lack of plans failed them. The holidays, for instance, throw a wrench into things because so many people are on the road or at the campgrounds.

“This lifestyle kind of blends every day into the next, so you can forget and then it’s like, ‘Oh, today is July 4th,’” Paul said.

Packed campgrounds during the holidays are no big deal for them. They just find another place to go, whether it’s a campground down the road or a night spent boondocking in a Walmart parking lot.

“Part of doing this was that we wanted to be flexible,” Paul said. “We wanted it to be different than our day to day because with our lives at home with the business we were, up at 3 am and done by noon. That was every single day seven days a week.”

Both Paul and Lorena discussed how strongly they felt before moving into the RV that they needed to make a change. From the outside, their life looked pretty good, but neither was happy with their situation. Downsizing and moving into the RV gave them freedom from the repetitive, mundane lives they were living.

With that said, making the transition proved to be harder than they thought. Paul said he thought it would be easy to get rid of most of their things, but he didn’t realize how mentally and emotionally attached he was to some items.

“I realized the mental side of it is crazy when you try to dump all of that,” He said. “You start thinking about what you’re going to do without.”

But what Paul and Lorena made clear is that once they made that jump, they didn’t have those anxieties anymore.

What the Future Holds 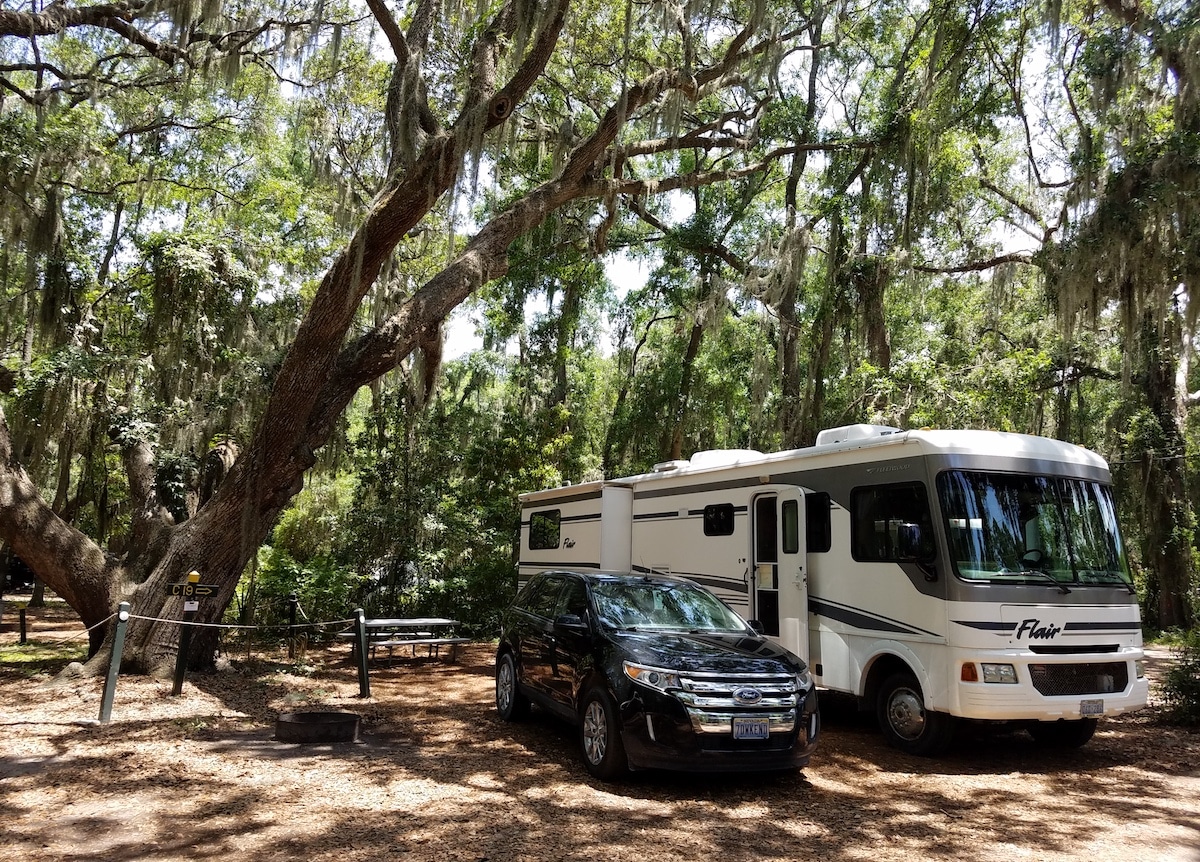 When Paul and Lorena set out in their RV, they planned to travel around only for one year. Halfway into their first year in the RV, Lorena realized that they weren’t going to be able to see all of the places they wanted to in the time that they originally hoped to. So, they decided to eliminate their end date.

“We’re going to do this until we’re tired of it,” Paul said. “At this point, we’re two years living full-time and have no end in sight.”

Paul did say they’ve discussed what will happen when or if they will settle down. If they ever do find another place to have a permanent home base, they will still have an RV.

“We’re not close to that, though,” said Lorena. “We’ve talked about that, but right now RVing full-time doesn’t have an end date.”

Paul also said he wants to continue growing his YouTube channel. Currently, the couple tries for two videos a week, and they want to continue doing travel videos but expand to how-to videos and other topics that help people get into the lifestyle—a lifestyle both Paul and Lorena find more fulfilling than the one they lived before.

The biggest thing I took away from my chat with Paul and Lorena is this: challenge the accepted norms and don’t be scared to take chances. In most cases, the worst that can happen is you’ll get stuck right back where you are now.

What do you think of Paul and Lorena’s story? Leave a comment below.