National parks get a lot of love in the United States. They also get a lot of the crowds and a lot of the expensive entry fees. State parks, on the other hand, offer a glimpse into a state’s own, personal views of beauty and nature. Here are ten that you should put on your list as you’re planning your next getaway. 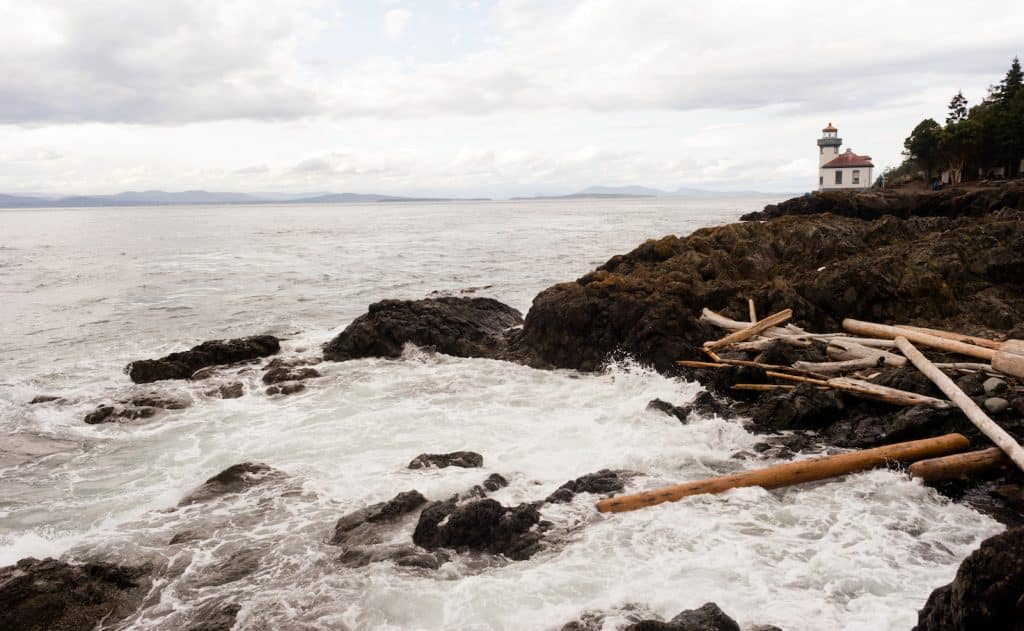 In the upper, can’t-really-get-much-farther-northwest corner of Washington State, there sit the San Juan Islands. They’re known as a great vacation spot for the beauty that comes with the Pacific Northwest. Lime Kiln Point State Park, a daytime-use park, is a favorite spot among travelers to catch a view of Orcas, Gray Whales, sea lions, porpoises, and other sea life. Best of all, ferries can take your RV (with size restrictions, obviously) across the water to the island. 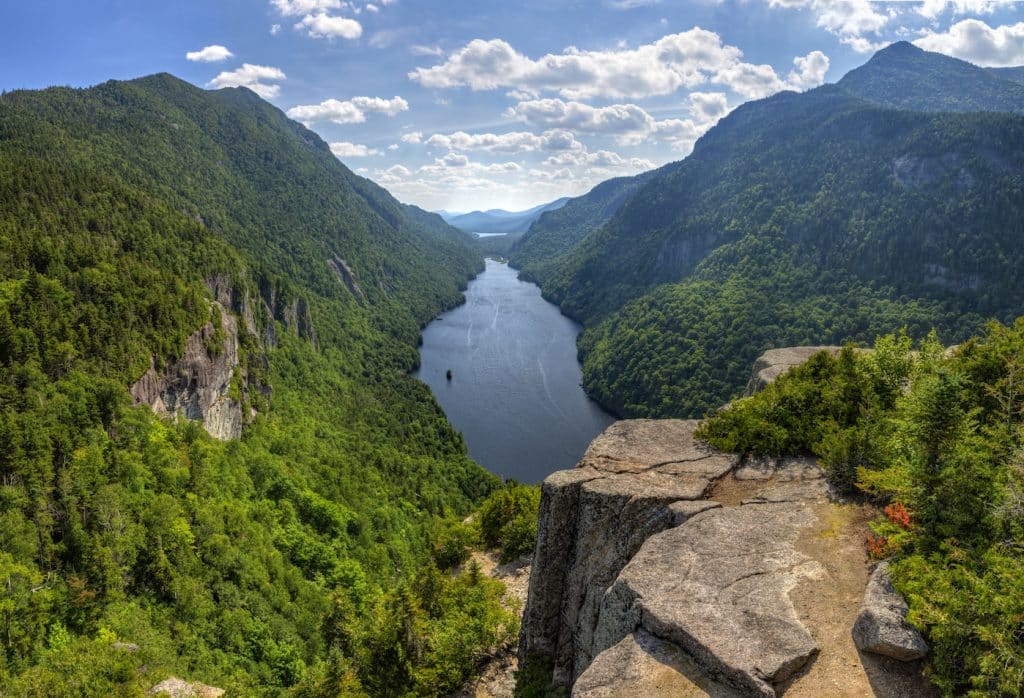 Perhaps more forest preserve than state park, Adirondack Park is unique in that a bulk of the land is privately held—albeit strictly controlled by the Adirondack Park Agency. That said, the park contains multiple towns and villages. It’s particularly well known for its stunning views of the Adirondack Mountains, especially in the fall. Plus, there’s a significant chance you catch sight of a moose, black bear, or a number of other critters that call the area home. 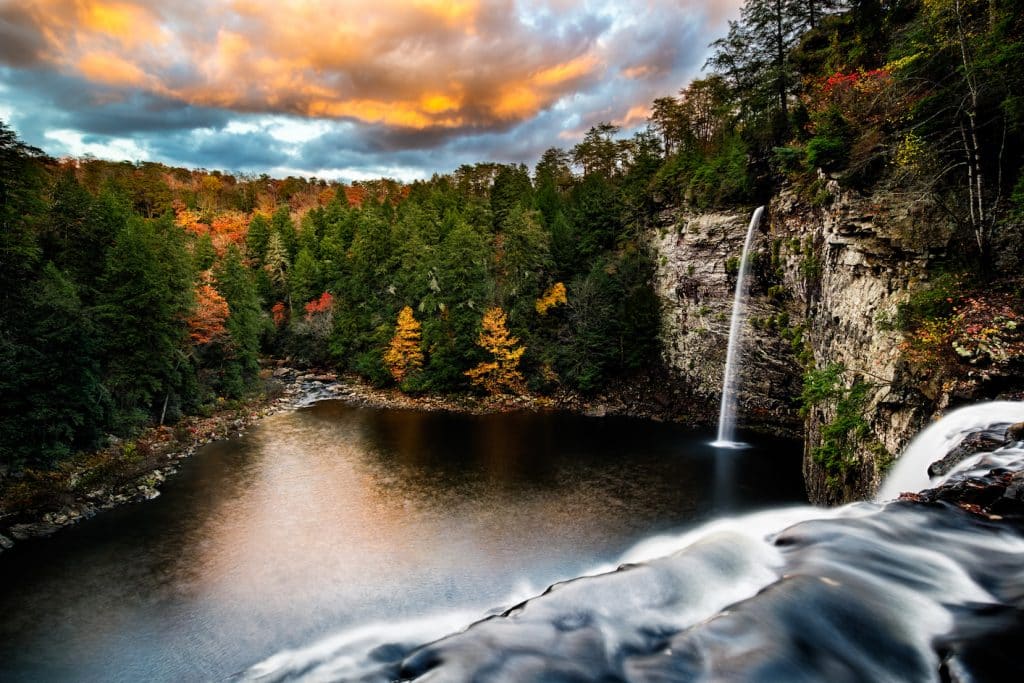 Some state parks do get their share of love, and one of those is Fall Creek Falls State Park. In the heart of Tennessee, it’s got a total of six waterfalls across its 26,000 acres, including one that’s so spectacular (it drops 256 feet) they named the park after it. This park is somewhat of a resort, and also offers golfing, a pool, and tennis courts, in addition to amazing hiking and fishing. Plus, you can go for a nice, cool dip in some of the many swimming holes. 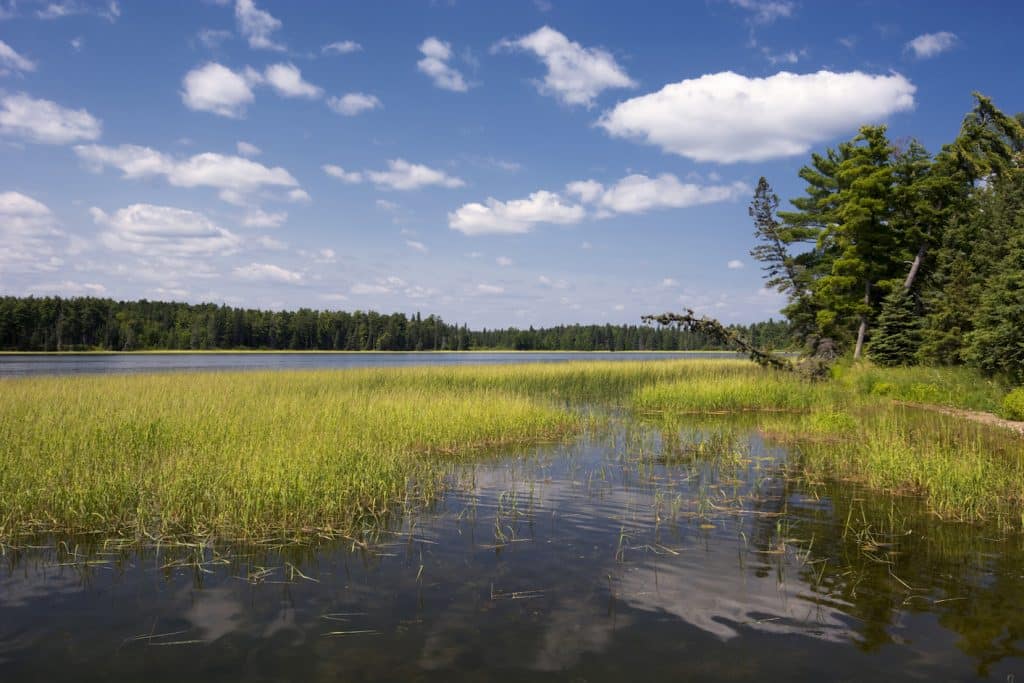 Ever wish you could walk across the Mississippi River? Crazy though it seems, it’s possible. You just have to go up north to Itasca State Park in Minnesota, where shallow water begins its journey down to the Gulf of Mexico. Itasca is the country’s second oldest state park, and draws thousands of visitors every year to wade roughly 30 feet across the headwaters. After you’ve done that, you can hike or ride a bike through the rest of the 32,000 acre park. 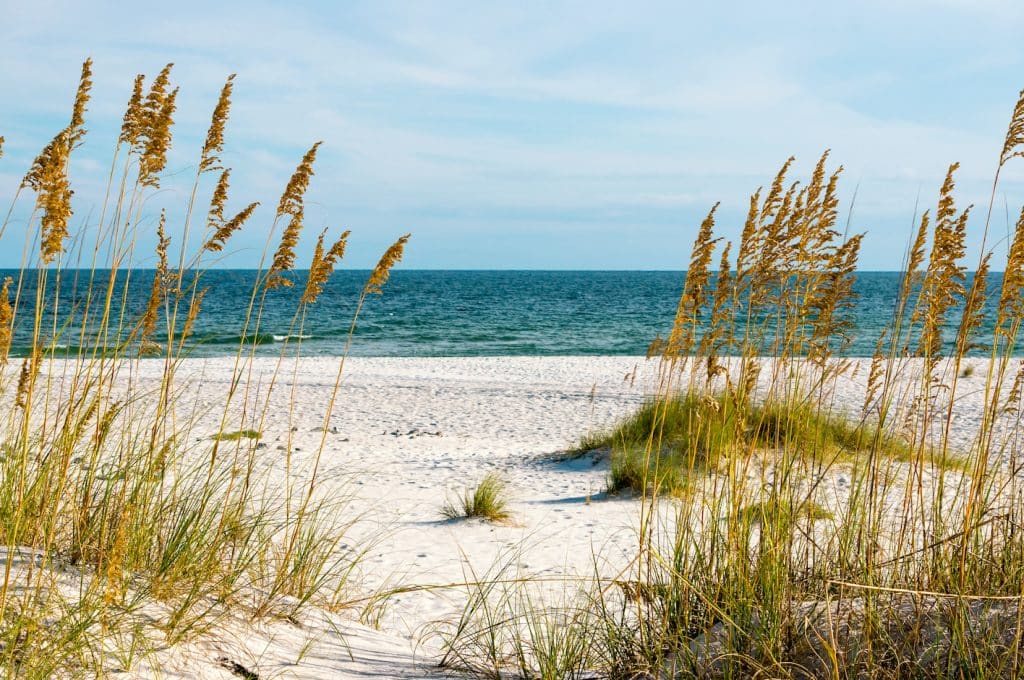 Though Gulf Shores may be better known as a hot spring break location, it’s also home to Gulf State Park. This little strip of land doesn’t get run over by the college kids. Instead, it’s a beautiful, two-mile run of white sand beach that’s perfect for people who’d rather use nature to get away from other people. That said, there’s still a golf course, plus a large pier where some locals spend the day fishing. 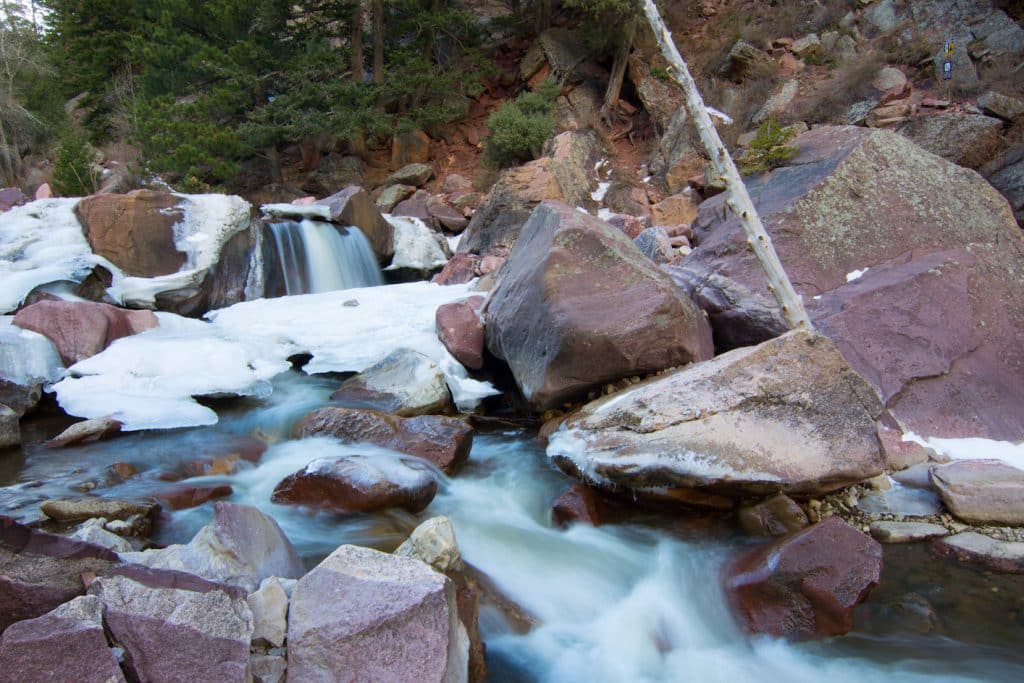 No list of parks would be complete without one from Colorado. Located not far from Boulder, Eldorado Canyon State Park is a rock climber’s dream with over 1,000 technical courses. Not a climber? Not to worry: there are 11 miles of hiking and mountain biking trails, plus streams and creeks for fishing. If nothing else, stop by for a while just to take in the amazing scenery. 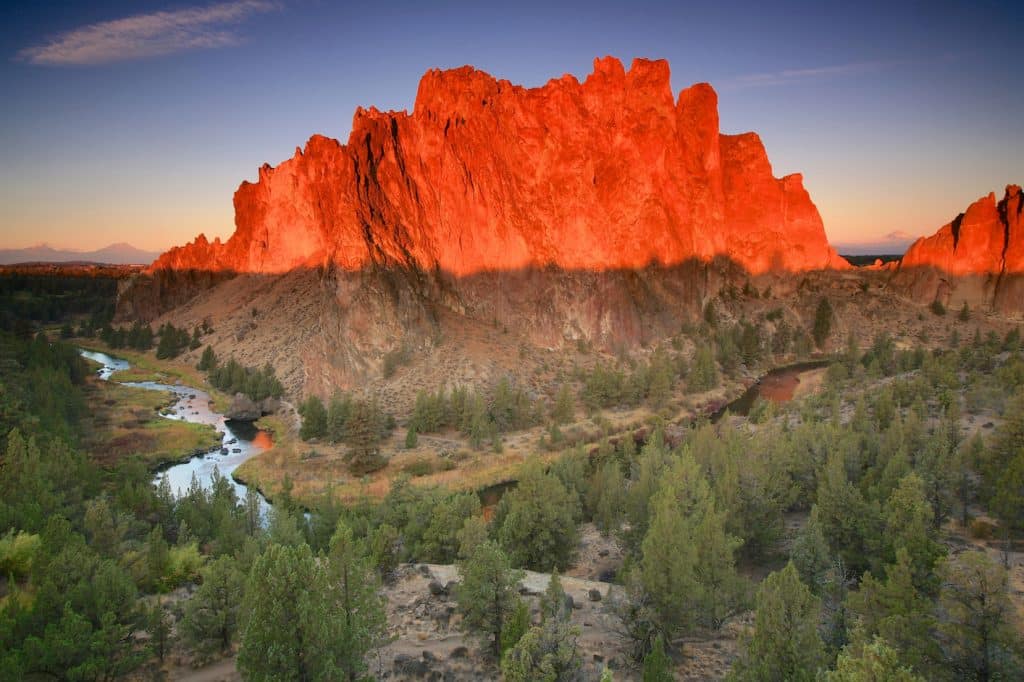 Another rock climbing destination, Smith Rock State Park in Oregon also features plenty of easy hiking—or more aggressive hiking, if you’re into that. This park is full of amazing scenery, and massive, jagged mountain formations and outcroppings that will catch your eye again and again. Lush greenery and even a few streams make this place one of the most picturesque on this list. And when you factor in the high odds of seeing a few river otters playing, then you know exactly why you need to get there now. 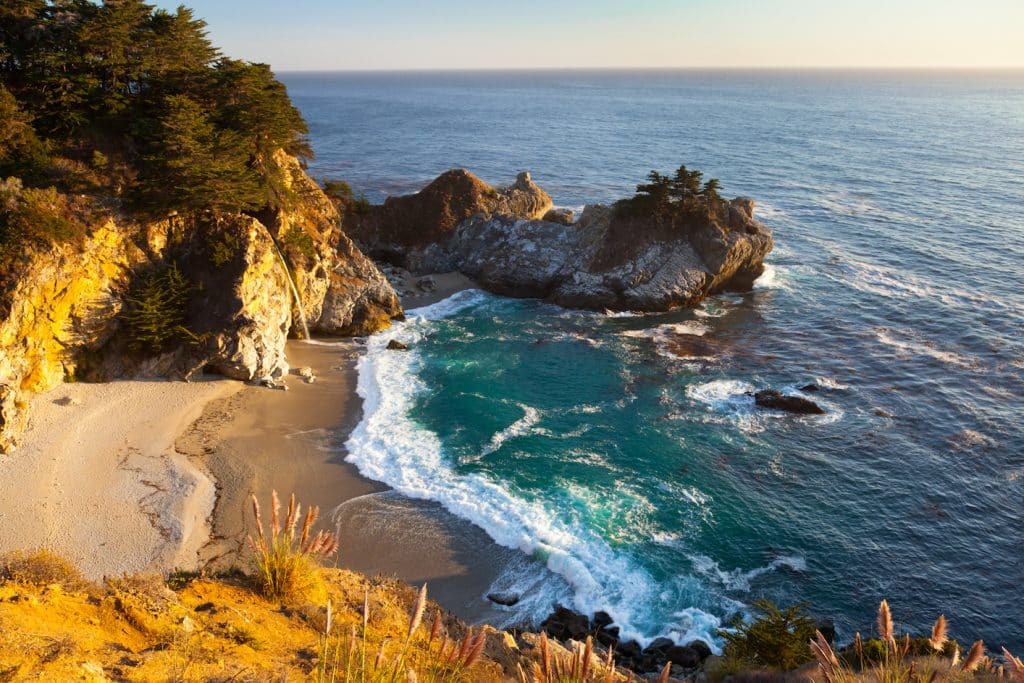 The beaches in California, let alone in Big Sur, hardly need an introduction. But Julia Pfeiffer Burns State Park isn’t just a beach. There’s scuba diving. There are 300-ft. redwoods. And there’s McWay Falls, an 80-ft. waterfall that flows directly into the ocean. The land was originally leased by the daughter of one of the first settlers of Big Sur, and it’s she who the park is named for. There are still two homes on the property that can be hiked to via two hefty trails. 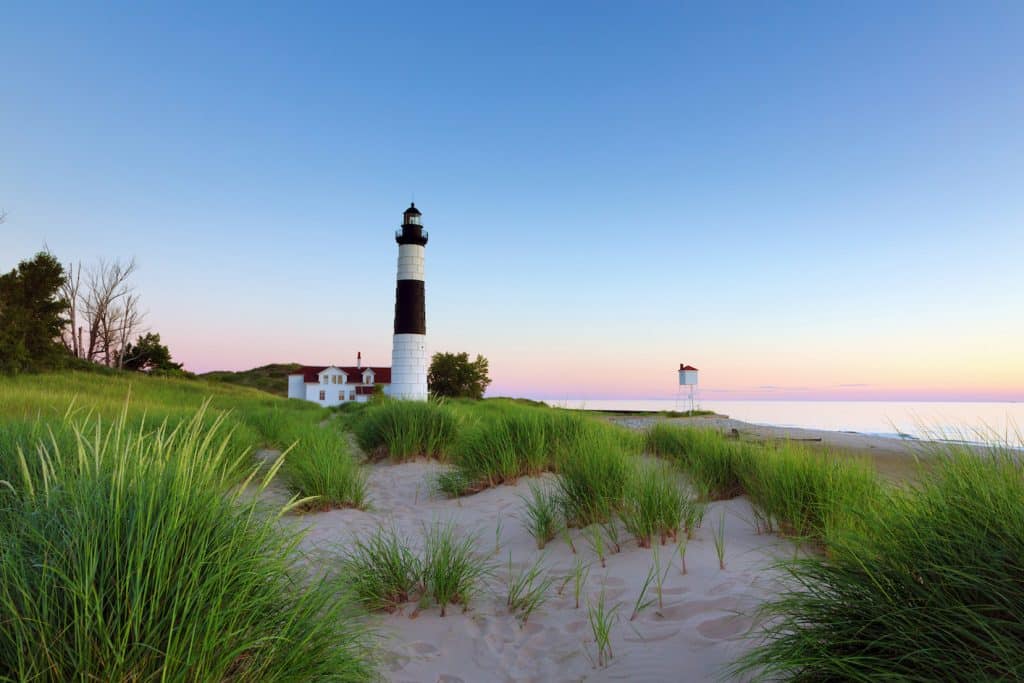 The big coasts aren’t the only places with amazing beaches. Michigan, with its great lakes, also has a fair share of beaches. Ludington State Park, northwest of Grand Rapids, is home to an amazing beach—but also a total of 5,300 acres that also sees dunes, wetlands, marshes, and the Big Sable Point Lighthouse. There are a total of 21 miles worth of hiking trails, and canoeing and kayaking are both quite popular as well. 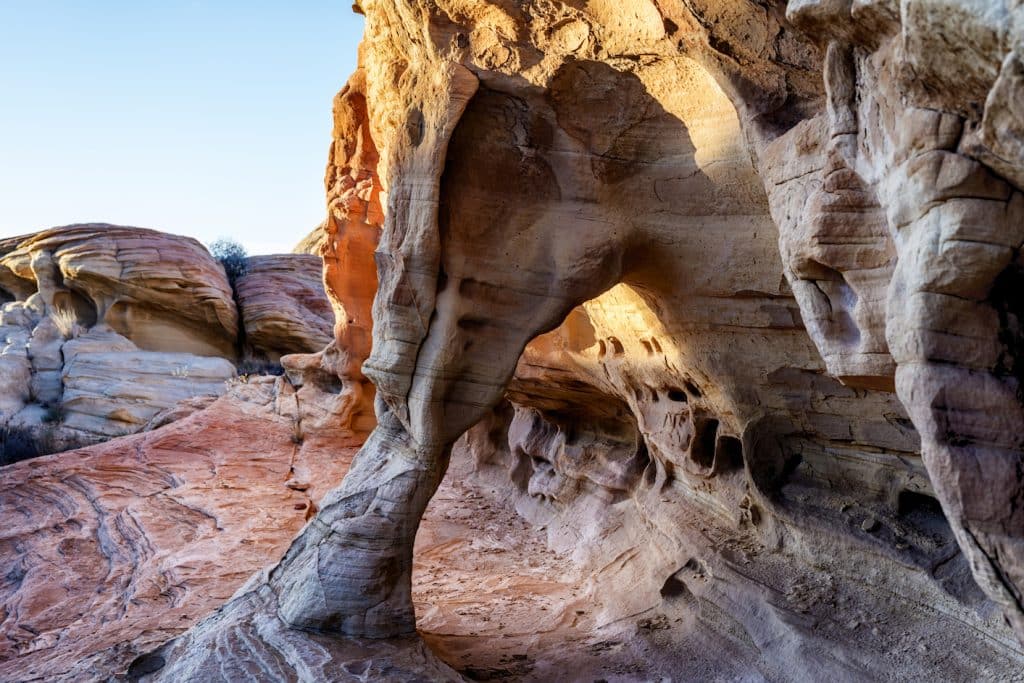 An hour away from the glitz and glamor of Vegas, you’ll find some eye-catching scenery of a different kind. In the middle of the Mojave Desert sits the Valley of Fire State Park. The park is a whopping 40,000 acres, and is most well-known for its Aztec sandstone outcrops. Plus, find petrified trees and ancient rock carvings, and you’ll be happy you escaped the rat race of the strip.

Ready to see the best of what states have to offer? Then hit the road. You can find a Camping World nearby, wherever you are, to help you find the RV that will take you everywhere.