While towable RVs are great, sometimes a motorhome is the better option. Sure, you could go with a Class B or Class C motorhome, but a Class A will be the right choice in many situations. Class A’s provide quite a lot in terms of features and amenities.

I know that when most people think Class A motorhomes, they think massive RVs, but it doesn’t have to be that way. There are many good Class A models that are a bit on the shorter side. Here are some Class A RVs that measure at or under 28 feet in length.

The Thor Axis 25.6 offers a single large slide-out that opens up the floorplan. In the slide-out sits a  Dream dinette, a flip-up queen bed, and a sofa. There’s also a closet and a TV. On the camp side of the RV, is the kitchen and bathroom. There’s also another TV on the wall. The floorplan also includes a drop-down bunk at the front of the unit and a closet at the rear.

The model comes built on a Ford E-450 chassis with a 6.8L Triton V10 that makes 305 hp and 420 lb-ft of torque. It can sleep up to five people and measures only 26 and a half feet in length. This makes it easily maneuverable on the road and it should mean that the model gets better gas mileage than some of the other, larger Class A models out there. 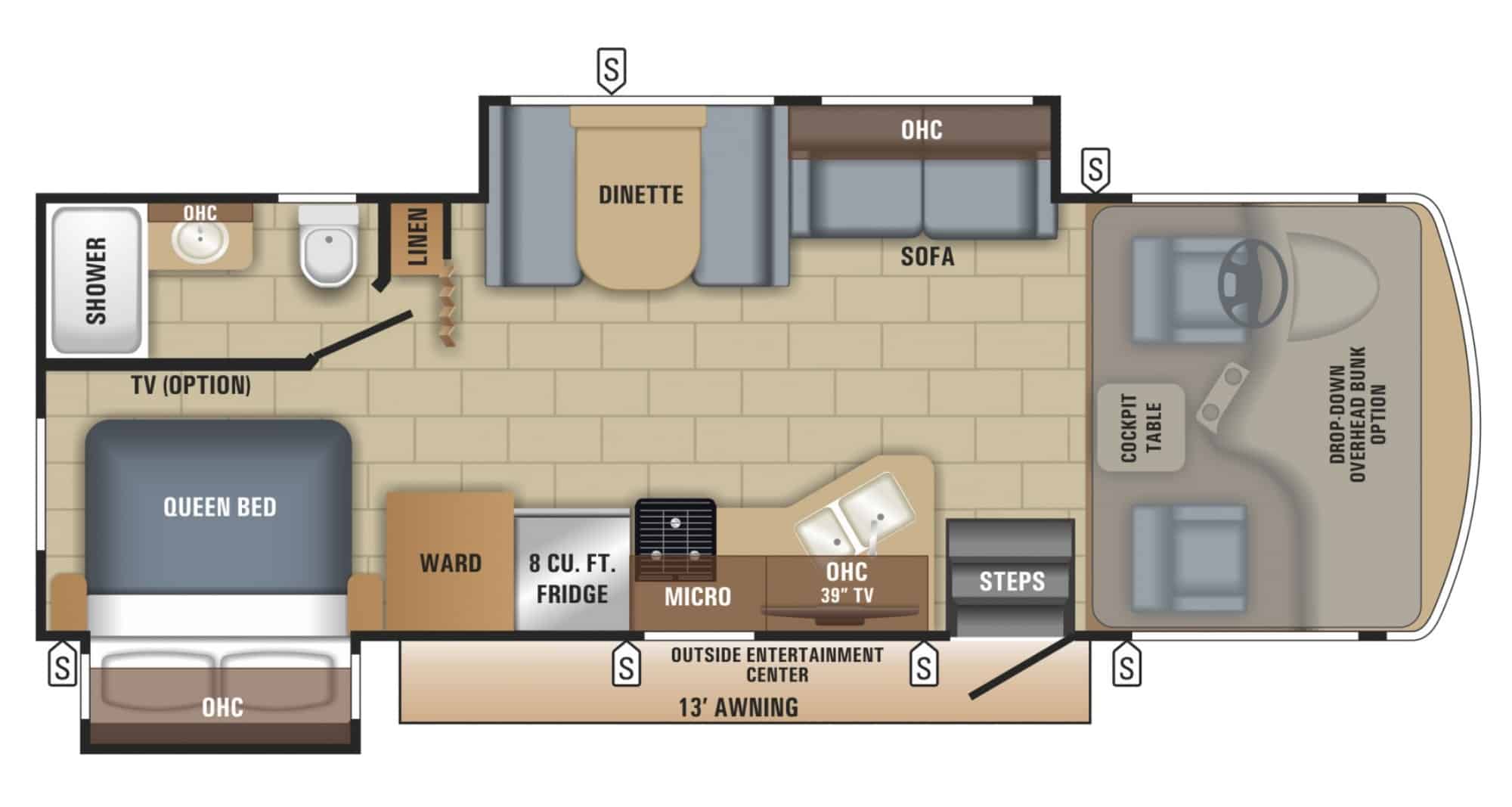 The Jayco Alante 26X is a little longer than the Thor model. It measures nearly 27 and a half feet. This offers a bit more space without making the coach much bigger overall. The model is built on the Ford F53 chassis, which features the 6.8L Triton V-10 that makes 320 hp and 460 lb-ft of torque. This unit sleeps up to six people.

Last but certainly not least, we have the Winnebago Intent 26M. This unit has two slide outs, but unlike the Jayco above, both of the slide outs are on the same side as the driver. The one towards the front of the unit features the dinette, refrigerator, and pantry. The slide at the rear of the unit features a queen bed. There’s a shower on that side of the RV, too. On the opposite side is most of the kitchen and the toilet and bathroom sink. There’s also storage areas and a TV. At the front of the unit is a drop-down bed, as you’d expect.

The Intent 26M is built on the Ford F53 chassis like the Jayco model shown above. It features the same Triton V10 engine tuned to 320 hp and 460 lb-ft of torque. The model sleeps up to five people and measures under 27 feet in length, keeping the model short for maneuverability. 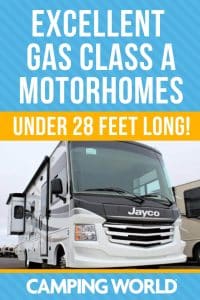