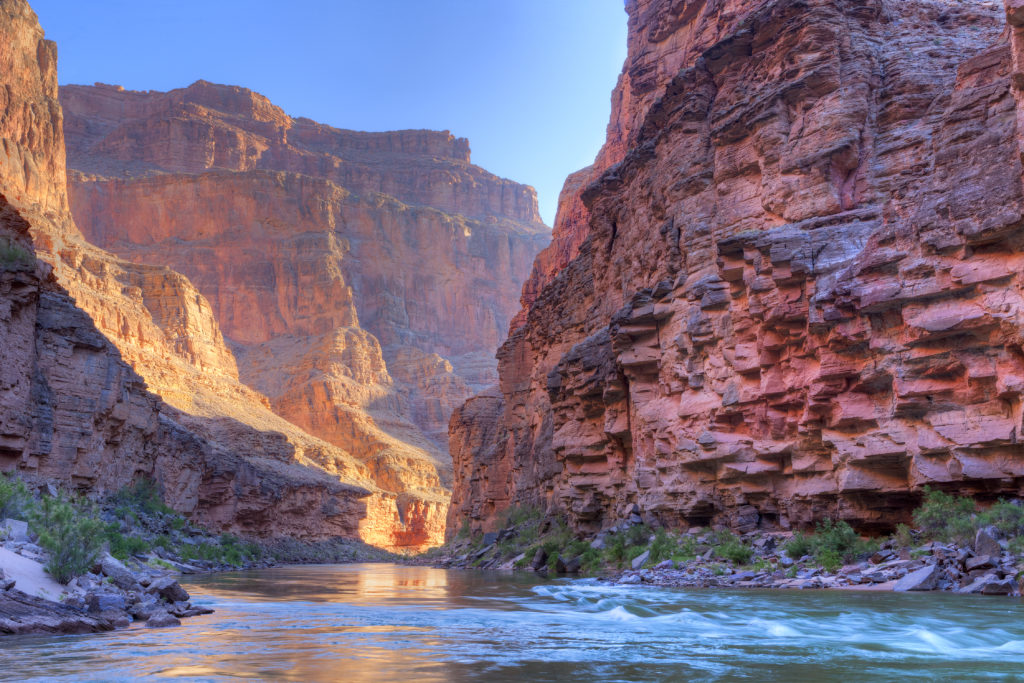 It’s hard to believe it, but Camping World is wrapping up the final week of the Ultimate RV Show National Tour! This tour has crossed the United States from coast-to-coast, delivering great deals, RV walkthroughs, must-see interviews with RVers, and more – all available to stream live or watch on demand from your RV, trailer, living room, or wherever you call home. Join is in our last RV show celebration for Week 10 (March 4-7). We explore the Southwest Region comprising the following states and locations:

If you’re in the area, come on by and be a part of the action in-person. While you’re here, make sure to visit any or all of these great locations in the American Southwest.

A visit to the American Southwest isn’t complete without a stop at the The Grand Canyon. And there’s no better place to experience it than at The Grand Canyon National Park in Arizona. Catch the sunrise or sunset over the Canyon and get an up-close look through a backpacking hike. If you’re not wary of heights, trek out over The Skywalk – for a view of the Canyon unlike any other. As one of the country’s most famous destinations, food options and lodging are in abundance.

As the “Land of Enchantment,” New Mexico has much in the way of attractions to entice visitors. One such place is White Sands National Park. Entering White Sands National Park has the feel of landing on a foreign planet. The white sand dunes seem to stretch forever in every direction. The gypsum sand in fact spans 275 square miles. Explore this land on a hike or, if you’re up for it–sand sledding. You can also go on a picnic and do some horseback riding.

It may not have the most welcoming name, but Death Valley National Park is in fact an inviting location in Southern California. You may have heard of it as it holds the record for the hottest place on earth! What you might not have heard is that there is so much to do. Top of the list: stargazing. As you might imagine, not many people call Death Valley home so noise pollution is low. You can also go on some incredible hikes (preferably during the cooler months of December – March), do some birdwatching, and check out the Visitor Center to learn all about this incredible area that looks so un-earthlike. George Lucas gave it a starring role as Tatooine in his “Star Wars” franchise.

What’s that saying about Las Vegas? “What happens in Vegas, stays in Vegas.” That certainly doesn’t have to be the case for your excursion into this city of lights and excess. Do some gambling, hit up a show or concert, and do partake in the abundance of fine food. Las Vegas has a little to offer of everything, for everyone – and plenty of places to stay for a night, week, or however long you want to explore Sin City.

Register online and join us at the show virtually for more exclusive show content, interviews, and limited time deals.

Ask an RV Pro: 10 Camping Tips That Will Transform Your Travels 327883

Unique Ways to Make Your RV Feel More Like Home 297007