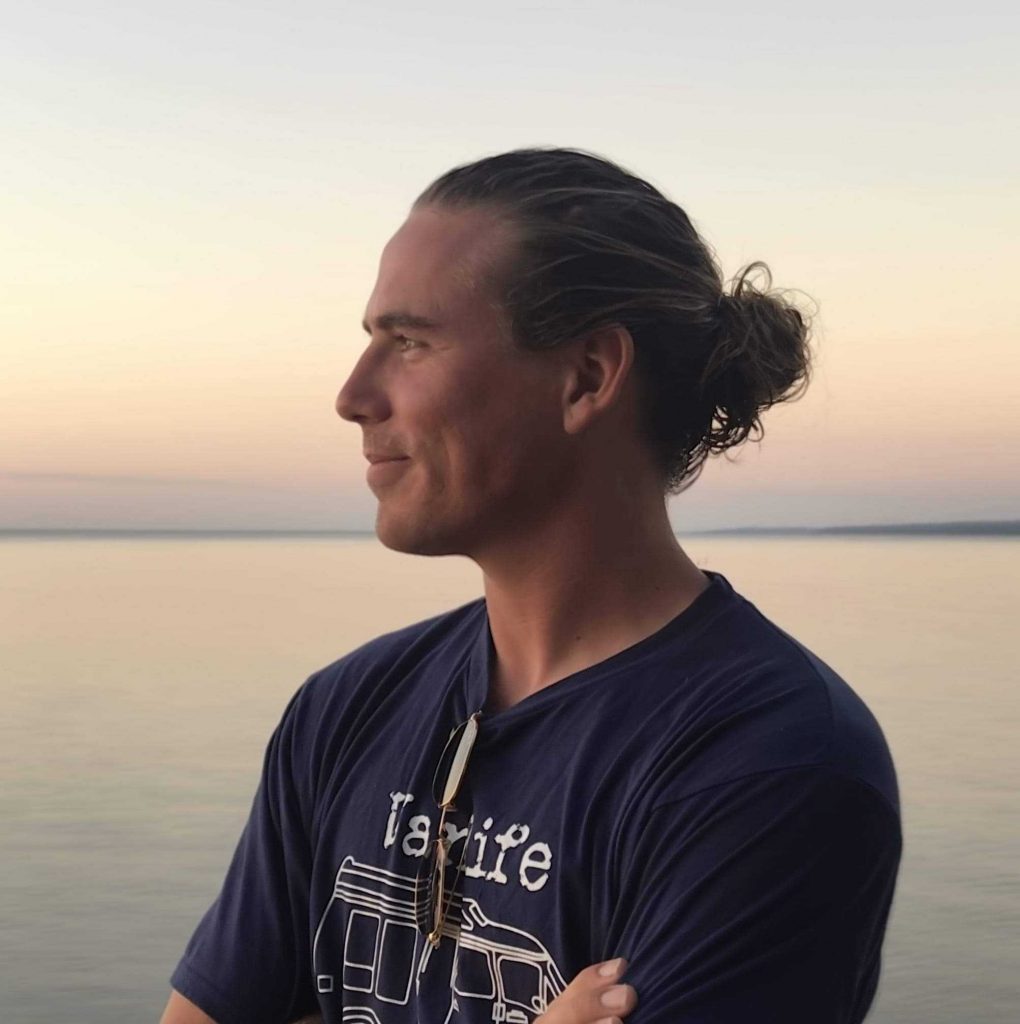 In this episode, Sam interviews Wade Barrett, a sailor and van lifer from Alabama. They recorded this interview in the parking lot of the RV Entrepreneur Summit, while hanging out inside of Wade’s amazing renovated van!

Tune in for stories of living on a sailboat, sailing the Florida Keys, and renovating a van.

Some highlights from this episode:

Just do it. Everybody says it, but that’s really all there is to it. If you want to live this type of life, you’ll find a way.

Life on the sailboat

Wade had many adventures during his time living on a sailboat. He set sail for the Florida Keys in 2016 and planned to travel on savings alone, which dwindled much faster than he anticipated. He arrived with only $50 to his name, but was confident that everything would be okay. He made friends during his travels who found him a job in a local restaurant. He left two months later with more money than he came with, sold his boat, and went on to new adventures in van life.

Wade spent about $500 and two weeks worth of time renovating his van and lived in it full-time for over a year. He did the renovations himself, mostly with found items. His sink came from a salvaged boat and the wood from leftover projects. As Sam mentions in the interview, Wade’s van seems to be a pretty incredible vehicle for van life. He still has the van, in addition to his sailboat. He’s ready for adventures on land and sea.

Ask an RV Pro: 10 Camping Tips That Will Transform Your Travels 328973