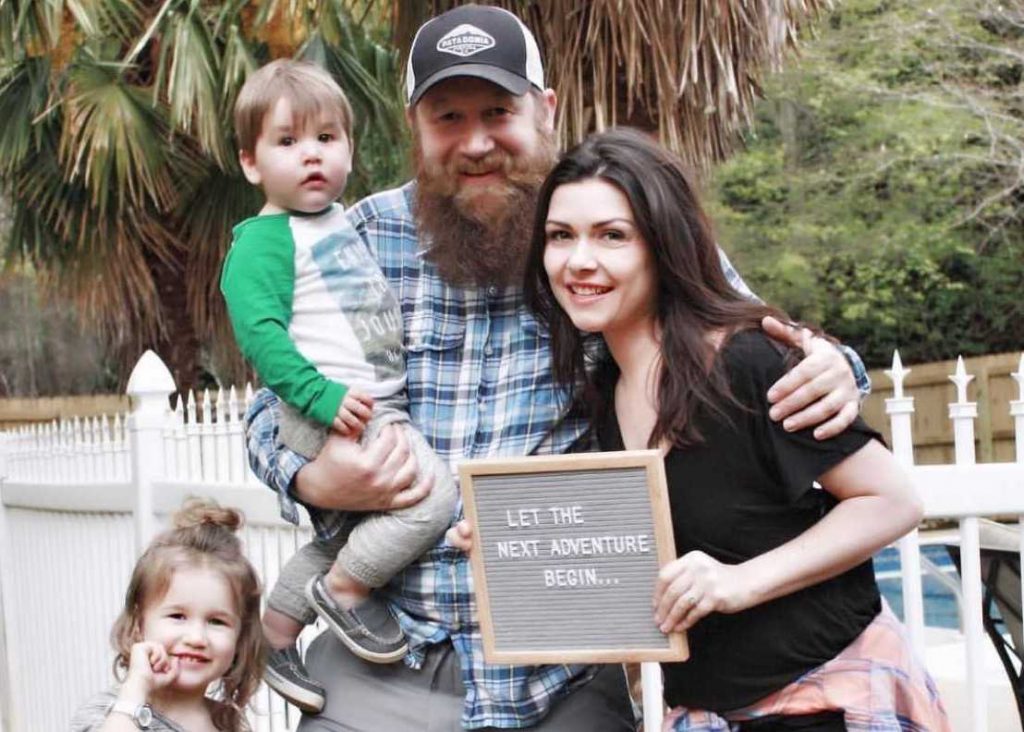 Stephen and Courtney knew they needed a change from 60-hour work weeks and rarely enjoying all the “stuff” they were working so hard to obtain.

In May 2018, they sold their home and 95% of their belongings and started full-time RVing. Along with their two and four-year-old, they are traveling the United States for the next year, learning to embrace minimalism and tiny living, exploring everything from National Parks to big cities and most importantly, enjoying amazing experiences together as a family.

Stephen and Courtney’s thoughts on minimalism and tiny living

Stephen has always been an aspiring minimalist, but Courtney had to adapt quite a bit to this new lifestyle. They said that society programs us to want the big house and all the stuff. After a while, it felt like all of these “things” were starting to drag them down. It was difficult to let go of the “things” and the mindset of the American dream, but even on the first day in the RV, they could feel a sense of relief. Every few weeks after hitting the road, they found even more things to purge from the RV, seeing that many items were “wants” instead of “needs”.

Living tiny has also helped them see that by consuming less, they don’t have to spend the typical 60 hours a week working to pay for all the “stuff”. For Out of Office Family, minimalism and tiny living have been incredibly freeing.

Links from this episode:

Ask an RV Pro: 10 Camping Tips That Will Transform Your Travels 327928

Unique Ways to Make Your RV Feel More Like Home 297036